I thought I'd share with you about an adventure that my oldest daughter, Angela and I took in 2005.  We spent a week rafting the Colorado River through the Grand Canyon.  What an AWESOME trip!  I highly recommend it to anyone who loves the outdoors, and enjoys some physical challenge.  We joined an excursion led by Arizona Raft Adventures, or AZRA for short.  You can check out their website:  http://www.azraft.com/
﻿﻿﻿
﻿ ﻿ ﻿﻿﻿

These guys have this thing down to a science!  Hot breakfasts, hot dinners, fun side trips, and great stories and histories of the Canyon.  You won't go wrong by letting these folks be your guides.
﻿
﻿ ﻿
We slept on the riverbank at night.  The first night, I was wondering what in the world I'd gotten myself into.  It was pouring down rain, and we were sleeping on a rock ledge under an overhang just feet from falling into the river!  In a couple of days, I was totally comfortable with sleeping under the stars, bathing in the river, and not having the slightest interest in shaving.﻿

﻿
﻿ ﻿
We spent the mornings and afternoons moving down the river.  We'd stop at mid-day and have a cold-cut and fresh fruit lunch.  There were several rapids everyday, which always raised the excitement level.  It was kind of like climbing the big hill on a rollercoaster as the anticipation would build.﻿

﻿
﻿ ﻿
Side hikes were a daily occurance also.  The guides were very knowledgeable about cool sights that you couldn't see from the river.  This hike took us through a cool little forest and back into a spot where a waterfall dropped into a small pool.  I stayed dry, but Angela waded right in.﻿

﻿
﻿ ﻿ ﻿ We took a half-canyon trip which meant that they let us off the boats in the middle of the canyon, and we had to hike out carrying all of our personal gear...about 40 lbs worth.  It was an all-day, 7-mile hike!  I had prepared, but not enough.  It was a tough, tough day, but well worth it.  I would do it again without a doubt.﻿

﻿ ﻿
The day after we hiked out, we had to make our way back to Flagstaff, Arizona.  This part of the trip I had not totally worked out.  First, we had planned to ride the Grand Canyon Railway back to Williams, Arizona.  This was a great first step.  It takes about an hour, and you get to experience a fun little train robbery on the way.  After the train ride came the problem...I wasn't sure how to get from Williams to Flagstaff.  There was another couple on the train ride that was going through Flagstaff and offered us a ride.  We took them up on it, but I must admit that I was a little bit nervous about it.  It worked out well though.  They dropped us at our hotel.

The next day, we attempted to fly home.  That was another adventure, but not nearly as much fun.  We got to spend a night in a hotel in a city that was not anywhere in our plans.  We got home a day late, and Angela was stressed.

All in all, it was a fantastic experience.  One day, I plan to go back and raft the full canyon.  I hope you get to try it too.
Posted by Mike DeCamp at 10:14 PM 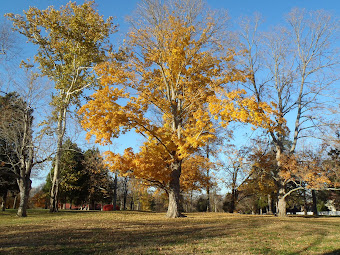 Another blog that I contribute to... 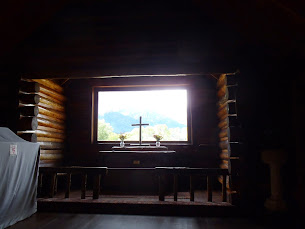 Link to the Southeastern Church of Christ blog